This wasn't the blog post I had intended to write this morning but that's how life goes.
Things change.
A little while ago I found out my mother-in-law's cat passed away yesterday.
I didn't expect her death to hit me as hard as it did.
But even now, the tears are just around the corner.
Friskie's journey was a long one.  She started her life living with my in-laws in Texas. After John passed away, my mother-in-law's health deteriorated rapidly and I brought her - and Friskie - out here to Arizona.
Mom went to live in a beautiful assisted living home nearby and my plan was to make Friskie part of my family that already consisted of 2 dogs and 3 cats. John and I had promised Mom years ago that if anything ever happened to her, we would take care of Friskie forever.
But Friskie had other ideas. She hated not being an only cat so, after a few months of vainly trying to change her mind, Friskie went to live with a friend who offered to foster her for me.
And then a few years later that fell apart and Friskie found herself back in my home.
By that time, Mom had passed away and my heart was heavy. I needed to make this work. 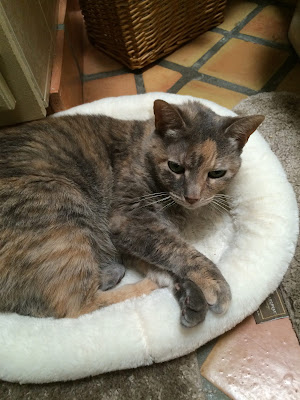 Friskie said No again.
So, I reluctantly sought the help of a cat rescue here in town.
They promised me they would find the best home for Friskie and, if they couldn't, Friskie would live out her life in their care at the rescue.
But life had good things in store for Friskie.
One of the volunteers at the rescue immediately fell in love with her and adopted her.
Friskie once again was an only - and very spoiled and loved - cat.
She thrived in that home and I would occasionally get updates on how she was doing.
Until this morning, when the sad news came that Friskie had gone over the Rainbow Bridge.
She lived a long life and she was in a wonderful home when she passed.
But still I cried. Maybe because this was another link to Mom - and John - that is lost now.
We lose our loved ones in so many way - when we give away their possessions, when we move out of a home we shared - and yes, when a beloved pet that knew us dies.
I'm happy Friskie was loved by so many people.
I'm grateful for the rescue and the volunteer who gave her a home when I couldn't.
RIP, little one.
You are with Mom again.
Namaste. 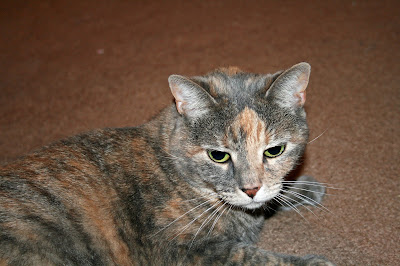 A present for me 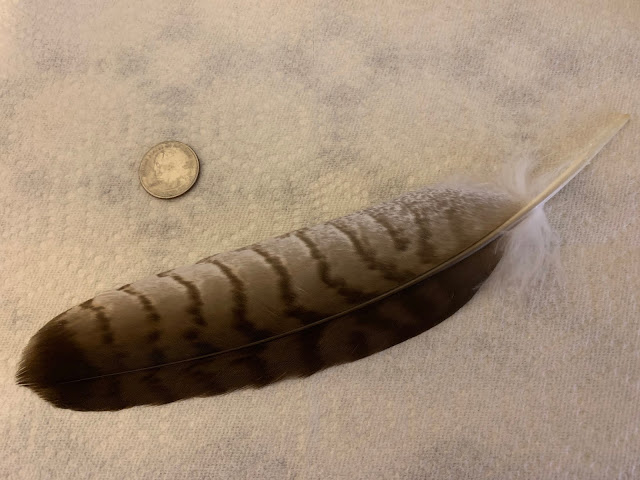 I think John and my Guide Charles had a hand in this. 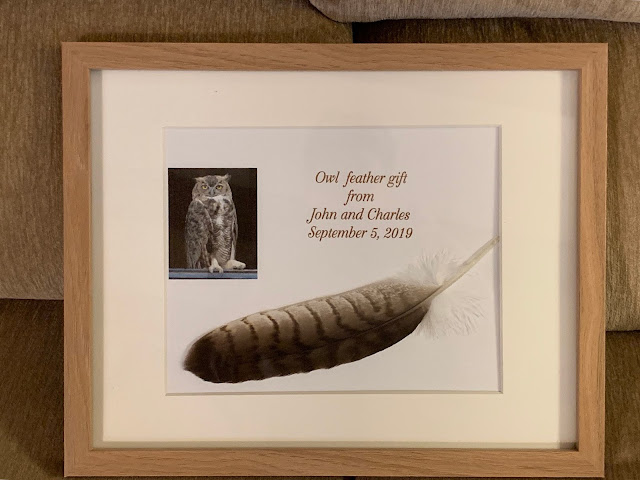 Posted by Joy Collins at 9:52 AM No comments: