Another update on Toby

Posted by Joy Collins at 3:41 PM No comments:

Our Tobester is 13 years old today.
Happy Birthday, sweet girl. We love you. 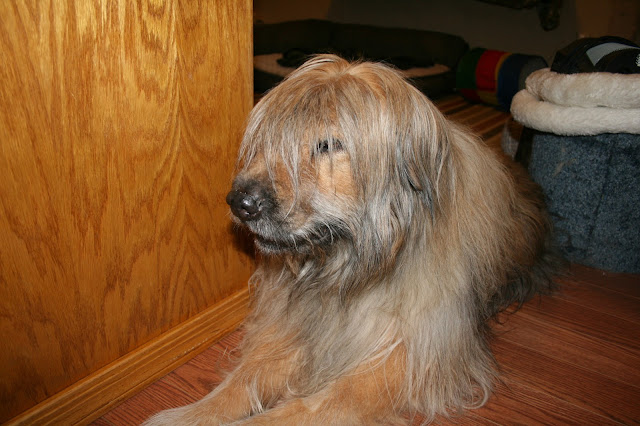 Posted by Joy Collins at 9:22 AM No comments:

Toby is continuing to limp and since she should be better by now the vet thinks it might be something more. We had her tested for Valley Fever and while her titer didn't come back positive for it she did have some other markers which indicated she might have it anyway. That would explain her hip problems. So today I started her on Desert Defense and next week she will be on a regimen of fluconazole as well.
Hopefully this will make her better. People have seen remarkable results within 3 weeks on this protocol.
Posted by Joy Collins at 8:08 PM No comments:

Toby had some bleeding after surgery when I went to pick her up. We had to put pressure dressings on her leg and back because the incisions kept oozing.
She had trouble getting out of the car when I got her home.
I think the anesthesia really bothered her this time. She kept panting and acting like she was in pain and she would not eat her supper.
She did sleep a little but when she woke up she was limping very badly.
The doctor also found some kind of mass [she thinks] on her liver when she x-rayed her today so we have to follow that up in two weeks.
The pathology report will be back in two days from the lump they removed today.
I was able to get her to eat some breakfast [I made her scrambled eggs - she loves them] and she went outside on her leash to pee so that's good.
She is still limping very badly. She barely puts weight on her right rear leg and that is her good leg. She injured the ACL in the left rear a few years ago. I'm hoping it's just arthritic pain and not another ACL injury.
I was able to get some pain meds into her late last night with some bread and peanut butter and that worked again this morning. She also took her antibiotic, another good thing.
I called Dr Tom [my mobile vet] and he is going to come by the house this afternoon to take the bandages off so we don't have to get her in the car and further aggravate her pain and legs.
My poor little girl. She's such a love. It breaks my heart to see her uncomfortable.
I think Chaz knows Toby doesn't feel well. He has been hanging around her and every so often he rubs against her face. Posted by Joy Collins at 9:36 AM No comments:

Toby is having surgery today

I have found another lump on Toby's back and with her history of cancer we are not taking any chances. It has grown a little in the last couple of weeks so it's being removed this morning.
Saying prayers for good news. 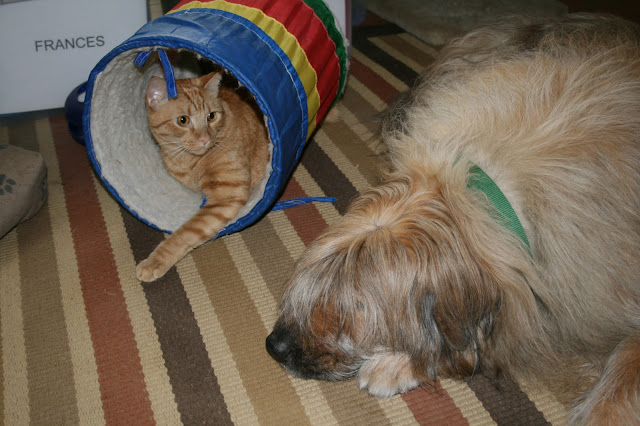