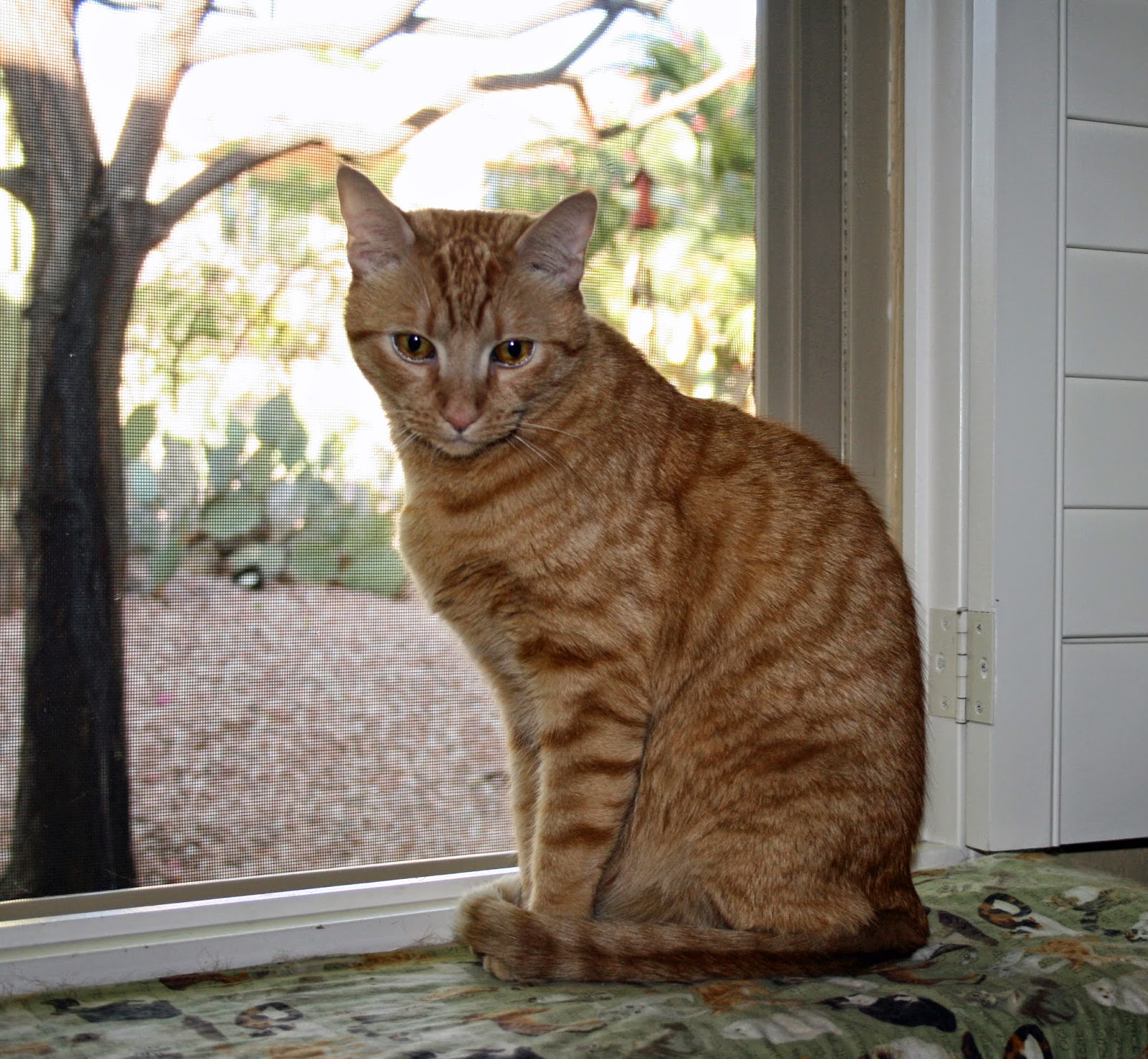 Posted by Joy Collins at 7:17 AM No comments:

Friskie is doing so well 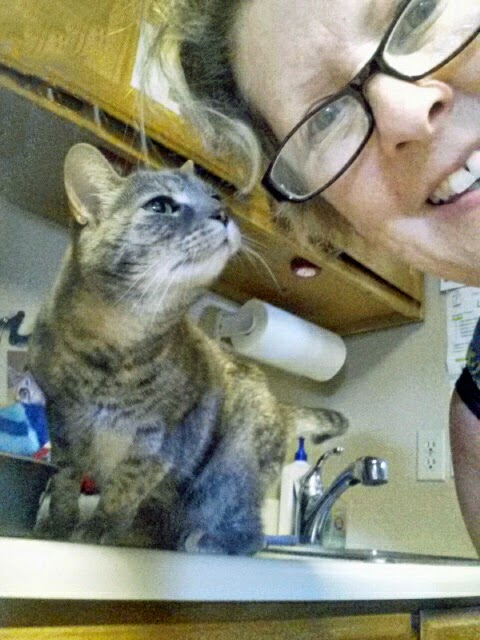 She is really coming out of her shell at the rescue. She is now free roaming with the other cats, something I never would have expected.
My hope and prayer is that she gets her forever home that she so deserves.
Posted by Joy Collins at 3:32 PM No comments: 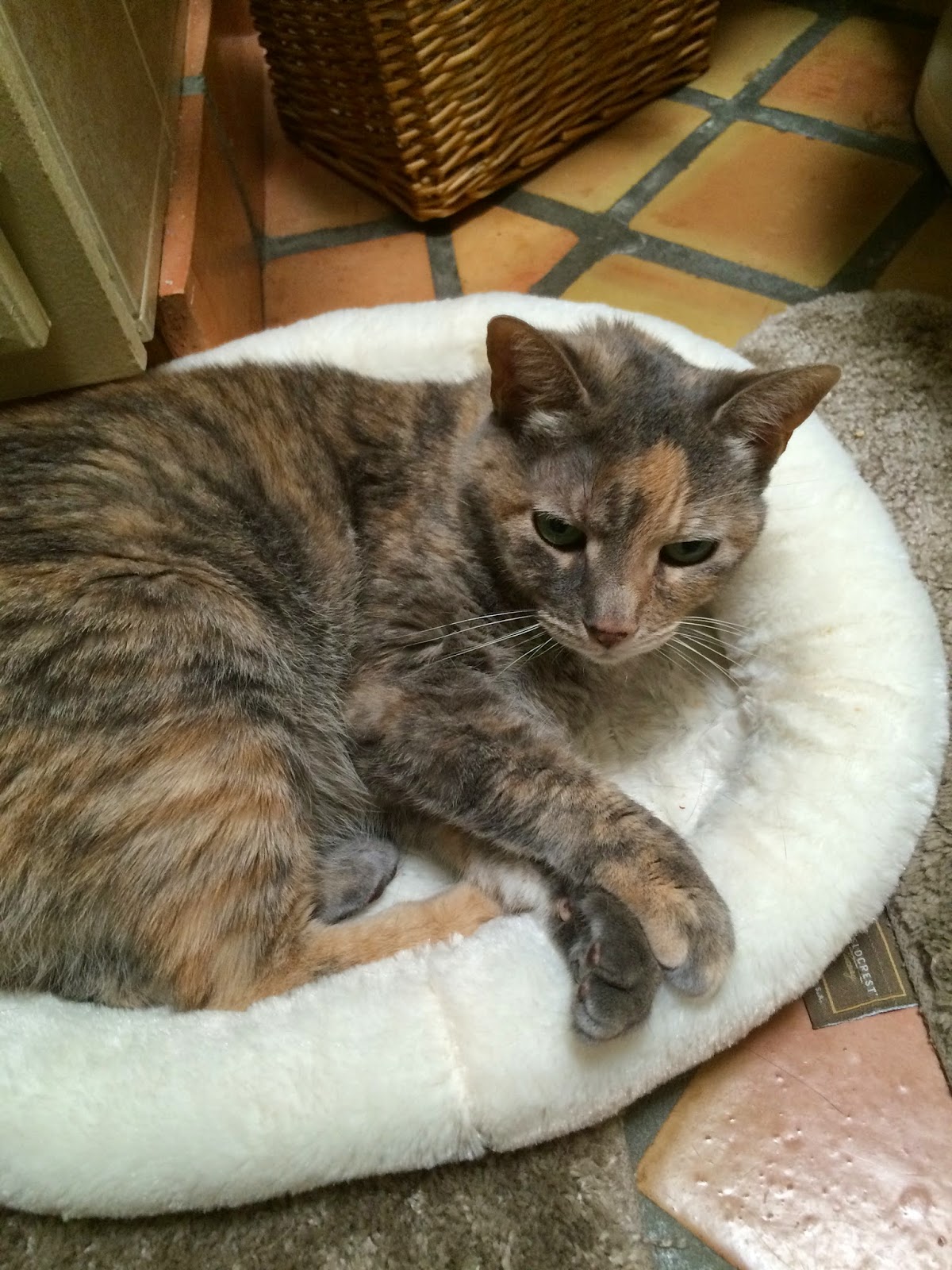 Friskie and I tried very hard to make this work. She wouldn't use the upper parts of the larger crate that I bought for her so we abandoned that. The routine evolved into the crate in the guest bedroom at night and free run in the hallway bathroom during the day. But that seemed so confining for her and she lacked human contact.
And try as I might, she just could not get used to the idea that she lived in a home with other animals.
She was terrified.
Then she escaped the bathroom one day and got into a horrible fight with Sean.
By that time it was time for Bella to have her surgery and I knew I couldn't handle all this drama at once so I boarded her at the place that Bella goes for a few days. They also have long term care now available there so in the back of my mind I was thinking she could stay there if need be.
But she looked so sad there I knew that wasn't the answer.
Then one of the rescues I had contacted weeks ago suddenly had an opening. Fearless Kitty Rescue literally came to the rescue. They originally had told me the waiting list could be as long as 60 days but because of adoptions, they now had room. I toured the facility and knew this was the place for Friskie. They had many rooms for their cats. The people who volunteer there are the nicest people. And Friskie had the possibility to find her own loving home where she would be the only animal. And if that doesn't happen, she can stay forever at Fearless Kitty Rescue.
So on Monday I made the choice to let her go and I am glad I did.

Friskie has her own big room full of kitty toys, kitty beds, places to explore and curl up in, windows to watch birds from, plus food, water, and a litter box. And best of all - no crates and lots of human companionship.
I think she will be happy there.
It's my hope for her that she will get adopted and find her forever home but if she doesn't she will be okay at the rescue too. They will keep her forever and give her the space she needs that she couldn't find at my home.
Ultimately, the decision has to be about her and what's best for her, not me.
Posted by Joy Collins at 11:39 AM No comments:

She's doing pretty well this morning.
She had her pain medication last evening and slept a lot.
But she ate dinner and ate breakfast for me this morning too.
I had to start her off by hand feeding her but then she jumped in.
She jumped on the bed last night when she wasn't supposed to. I turned my back - once! - and turned back around and there she was.
Then she started to fall asleep and I had trouble getting her off [this was after a pain pill].
So last evening was a bit of a cartoon but we managed.
She seems brighter this morning.
Of course that may change after the next round of pain pills.
Her incision is smaller than I expected - I'm glad - and it looks good.
She's keeping me company in my office. This picture is from a few minutes ago. She's wearing an inflatable collar so she can't reach her stitches. 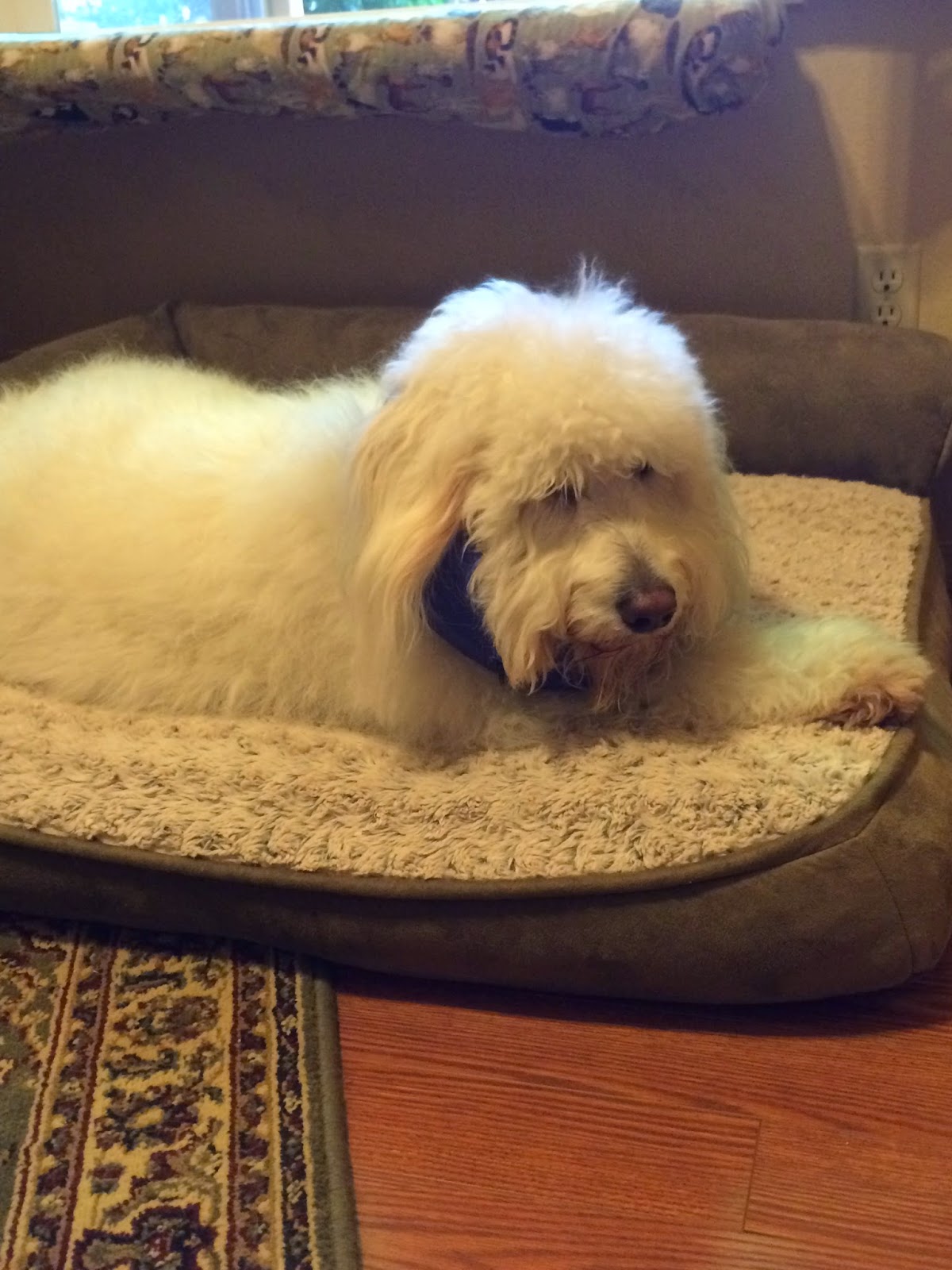 Posted by Joy Collins at 9:23 AM No comments: 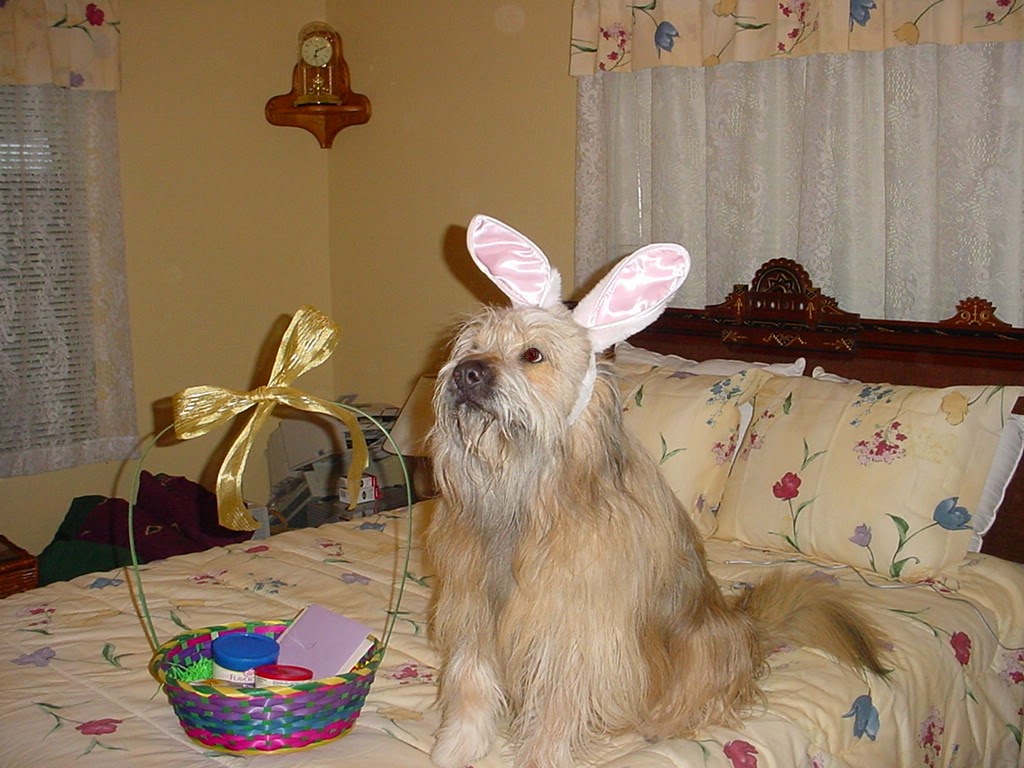 Toby was such a good sport.
Posted by Joy Collins at 7:18 AM No comments: