Chaz is 7 years old today. Where has the time gone? 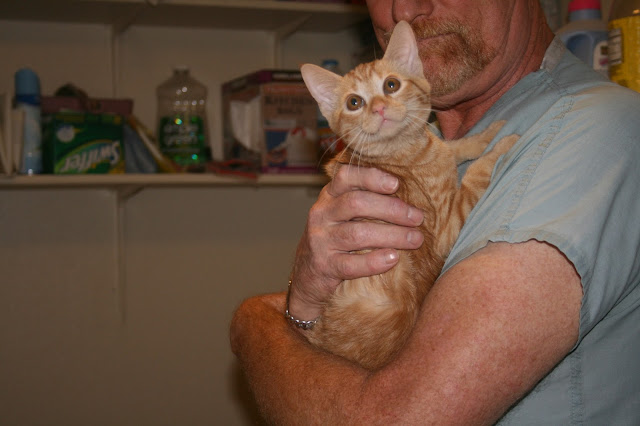 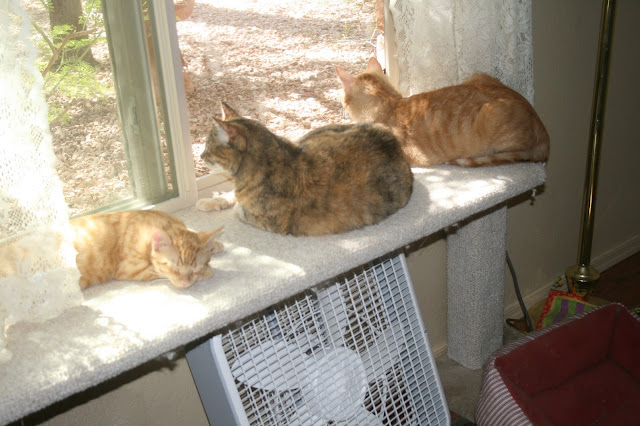 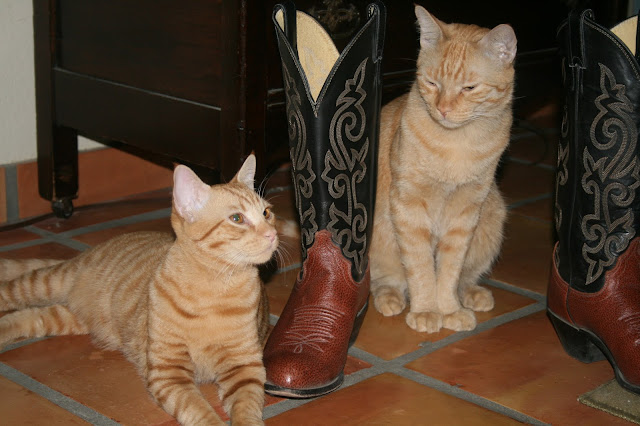 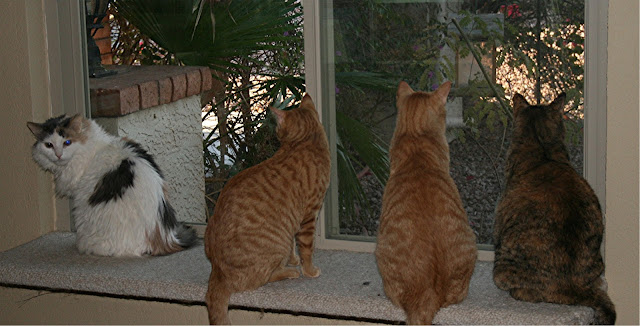 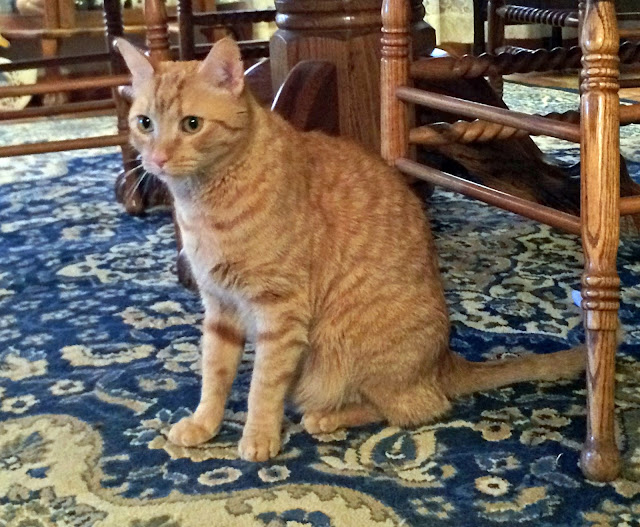 Posted by Joy Collins at 5:13 PM No comments:

This Saturday I found a little baby mourning dove on the deck. I wasn't sure if he was all right so I consulted with our wildlife expert here in town. She said he was just practicing being out of the nest and he would be all right, just leave him alone, and watch him from afar.
Which I did.
Over time, he hopped around and then made his way to the yard where I checked on him every so often. Finally, I didn't see him anymore and assumed he flew away.
Later that evening, I took Bella out for a walk in the yard and found the little baby in the pool! He seemed all right. He was just sitting on the surface of the water but of course he couldn't stay there. So, I scooped him out with the pool scooper. But night was falling and I knew he would freeze if he stayed out. So once again I called my local expert. She suggested taking him to the local emergency animal hospital. Apparently, they have an arrangement to do intake for the local wildlife sanctuary who would pick him up in the morning.
So, I placed little baby in an old soft hat to keep him warm and safe and off we went.
They immediately took him in, placed him in an incubator and said they would feed him and give him fluids overnight and then Liberty Wildlife would pick him up in the morning.
Whew! I felt better knowing he was now safe.
Here he is: 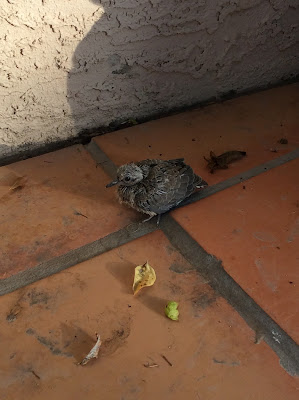 Posted by Joy Collins at 9:18 AM No comments: